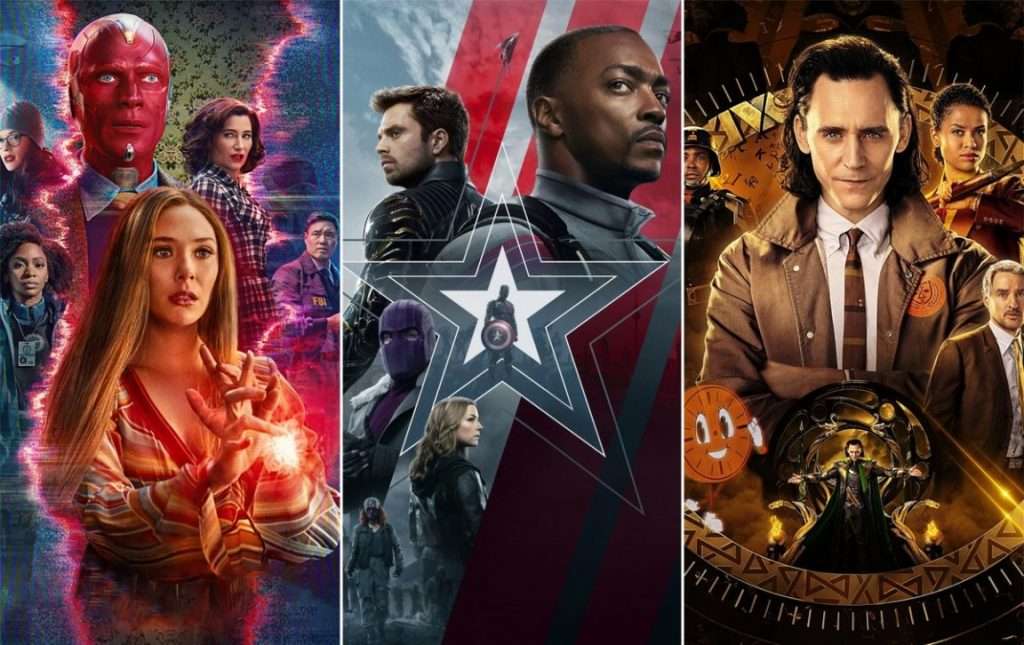 Since the turn of the century, there have been nearly thirty Marvel Comics-related television series, as of 2006 Blade: The Series. There have also been many good shows, from Marvel’s Agents of S.H.I.E.L.D and Netflix Daredevilalong with many duds like Marvel’s Inhuman and Marvel’s Iron Fist.

Disney bought Marvel in 2009, securing the rights to Marvel Entertainment’s rich realm of superheroes. The Marvel Cinematic Universe has since been a cash cow for Disney, bringing in ticket sales with major titles such as “Avengers: Endgame” and “Black Panther.” Disney+, the company’s streaming platform, has also reaped the benefits of hit shows like “WandaVision” and “Ms. Marvel.” As the Marvel shows debuted on Disney+, the more established Marvel Studios franchise began to hearken back to the best of the Netflix series, with WandaVision in 2021, which according to the studio are the only ones that are canon.

Everyone has an opinion about the MCU, and while critics and audiences rarely agree, we’ve learned that there are often paid shills who will heap false praise on any Marvel series or movie these days, which in large part degree skews the consensus results, especially on a review aggregator like Rotten Tomatoes. So instead of looking at the critical results, looking at the audience ratings of the Marvel Studios Disney+ shows can give us a clearer view.

So without further ado, here are the worst to best of all ten released Marvel shows on Disney+, according to Rotten Tomatoes’ audience scores.

Comes dead last with the public, and lands second last on the lists with critics She-Hulk: Lawyer. This latest ongoing series from Marvel landed like a thud. Starring Tatiana Maslany, Mark Ruffalo, Tim Roth, Benedict Wong and Ginger Gonzaga, this series was intentionally antagonistic to fans, and has been the center of discussion even months after its release. There *might* have been potential to do something fun and funny with Tatiana Maslany’s lawyer turned Hulk, but this horrible series couldn’t pull it off.

Second last with audiences, but with a near-perfect score on the critics’ charts, was Ms. Marvel. This show was imaginative but didn’t appeal to Marvel’s usual demographic. The Iman Vellani starrer tried to appeal to a much younger audience which it simply did not find. Although Mrs. Marvel opened to good reviews after the first two episodes were screened to critics, audience reception to the show just wasn’t nearly as positive as the initial reviews, and the series failed to attract enough viewers like other Disney+ originals set in the MCU. The audience watching were not too impressed, and were called “trolls” for their trouble.

8. The Guardians of the Galaxy Holiday Special

Not a series, but one of two special episodes on our list, The Guardians of the Galaxy Holiday Special did very well with professional critics, coming in second on the critics’ list. However, it does pretty poorly with audiences, which is surprising given the overall perceived popularity of the cosmic Marvel aspects of the MCU franchise. James Gunn reunited Star-Lord, Drax, Rocket, Mantis and Groot to engage in some lively shenanigans, but it ends up being a one-off, at times charming one-off special that tries really hard to be something unique but doesn’t quite does. does and probably won’t be a perennial favorite.

7. The Falcon and the Winter Soldier

The Falcon and the Winter Soldier is the lowest professionally reviewed Marvel Studios series on Disney+, and comes last among critics. There were high hopes for the second MCU series on Disney+, but the show was just a disjointed mess that was far too eager to tell the audience what to think and feel instead of telling an exciting compelling story. Many viewers ended up liking John Walker (Wyatt Russell) and vigilante anti-hero Baron Zemo (Daniel Brühl) more than the main characters. It’s worth noting that this series, along with the rest of our ratings, shows a very close line between audiences and critics with both scores within 1-3 points.

WandaVision was the first of the Marvel Studios shows produced for Disney+, and is the fifth best show according to critics. As Bill Brioux puts it, “WandaVision does for sitcoms what The Mandalorian did for ‘Star Wars’ — it connects the old tropes to a new generation. This was the first of the new MCU shows to debut on Disney+, and it did with conviction The first major Marvel Studios project to launch on the new mega-streaming service Disney+ met high expectations, and more, but still ends up in the bottom half of its audience scores.

Moon Knight on Disney+, it became the fourth favorite MCU show for critics, and lands at number 5 for audiences. The first MCU show in 2022 was only 6 episodes long, but some critics felt it would have worked better as a two and a half hour movie rather than a series. But this is the only title on the list where the audience score is higher than the critics’ score. Thanks to Oscar Isaac’s characterizations, along with the unconventional premise and disjointed story breaks, this show feels both refreshing and grounded, and you don’t need to know anything about the MCU to get into it.

Hawkeye held a lot of promise for fans of the Avengers movies, focusing on a character who has been in the MCU for over a decade. Hawkeye made his first appearance in the MCU in 2011’s Thor. The character, played by Jeremy Renner, was a member of SHIELD and an expert marksman. Hawkeye starts off slow, but the street-level action is a refreshing change of pace for the MCU—and the lead actors help the story even when the action starts to lag a bit. When it bowed on Disney+, it was the third MCU show, becoming the fifth favorite MCU show for critics, and currently sits at #4 in audience scores (tied with our #5 ranking above, Moon Knight), but it had fewer viewers than what had come before.

Werewolf at night is a one-of-a-kind Marvel feature inspired by horror films from the 1930s and 1940s. The show is shot in black and white, which helps evoke a sense of dread and the macabre, with plenty of thrills and scares along the way as we explore a new corner of the Marvel Cinematic Universe. Loki and Werewolf at night are both tied at 90% audience scores, but we place it third in our ranks for the simple fact that the professional critics rate Loki slightly higher. And this is just a one-shot special, like The Guardians of the Galaxy Holiday Specialas standard is Loki series ends with our two ranked Marvel shows for the Audience Points rankings. It definitely ranks right.

Loki is number two with audiences, and professional critics ranked it number three. As the second MCU show on Disney+, it proved a delightful departure from the MCU as we know it, seeing star Tom Hiddleston make the leap from alluring villain to lovable anti-hero – with a little help from Owen Wilson – in one series which was off-kilter, charming, and arguably undermined the character of Loki from the MCU movies. It’s the number one live action series for audiences, but number one goes to…

The only animated series on our list is What if…? and it’s the number one Marvel offering with audiences, and even the professional critics ranked it second behind Mrs. Marvel. The nine-episode series may not have added much to the larger MCU narrative, but its surprising take on beloved characters along with some of the best action sequences in the entire franchise, made What if…? essential viewing for Marvel Cinematic Universe enthusiasts.

You can see Rotten Tomatoes’ critical ranking list of all Marvel shows this century here. Tell me which shows you rate highest and lowest? Sound off in the comments section below.